The hotel in Alcata last night was very poor compared to the usual American standards and breakfast this morning did nothing to enhance the overall experience.

Roy and I left at 08:45 with a plan to stop in Eureka for coffee and then ride on to Ferndale for lunch before heading for tonight’s destination, Redcrest which is located amongst the redwoods in The Avenue of Giants.

We made good progress to Eureka once we had negotiated our way out of Alcata and found a very nice bagel shop in the old part of town. We knew it was good because it was heaving with locals and so we spent a good half an hour or so sat eating our breakfast bagels and drinking good quality coffee, something our hotel was unable to provide.

Leaving Eureka we were joined by another group of riders who had also stopped for breakfast but they were soon out of sight when we got separated at a signal intersection.  Just before mile 20 we came across Steve who had another flat. I stopped to help while Roy ambled on and with Dave who had also stopped the three of us headed off together, joining Jason a little way down the road. We dropped off the US101 at the next intersection and were then on much quieter roads. Jason, Steve and I rode together all the way to Ferndale. It was a nice ride, the sun was shining, the wind was favourable and being slightly inland the countryside was very open with lots of farms.

Arriving in Ferndale, which is a quaint little town, we came across a few other riders who had stopped for lunch and we joined them at the cafe. Heading out after lunch I decided to ride the final 20 miles or so very sedately and so Jason and Steve both cycled on ahead. It was so peaceful riding the open road and it reminded me of the many days I had enjoyed riding across the US in 2016. I stopped several times to take photo’s or to just enjoy the peace and tranquility.

I came across Steve and Jason in Rio Dell where they had stopped for a drink and spent a little while chatting with them before setting off for the final 12 miles to Redcrest. Turning off the 101 we entered the Avenue of Giants and it was so peaceful cycling amongst these grand and majestic trees. I stopped again several times to just enjoy the peace and silence before climbing the last few hundred metres to Redcrest.

Tonight we are staying in a cabin in Redcrest, situated on the Avenue of Giants ,on get the redwoods. We have ordered a takeaway Pizza and Dom has been dispatched to Rio Dell to collect and deliver. We will all probably sit outside in the evening sunshine and enjoy our well deserved supper and maybe, just maybe drink a few beers. 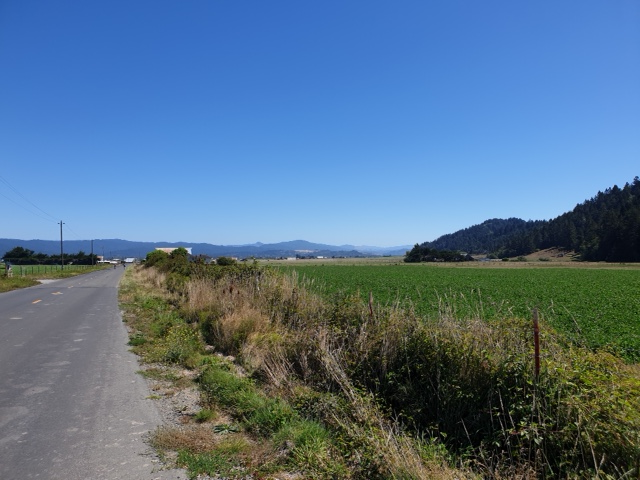 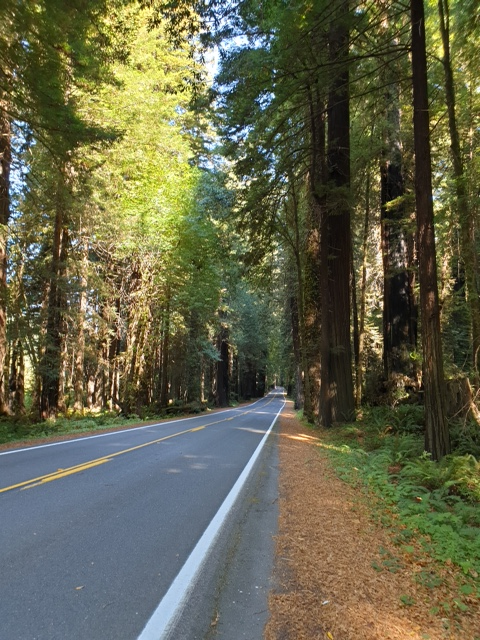 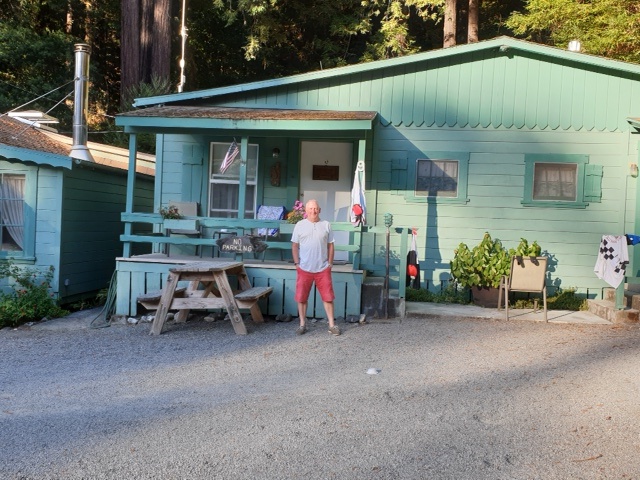 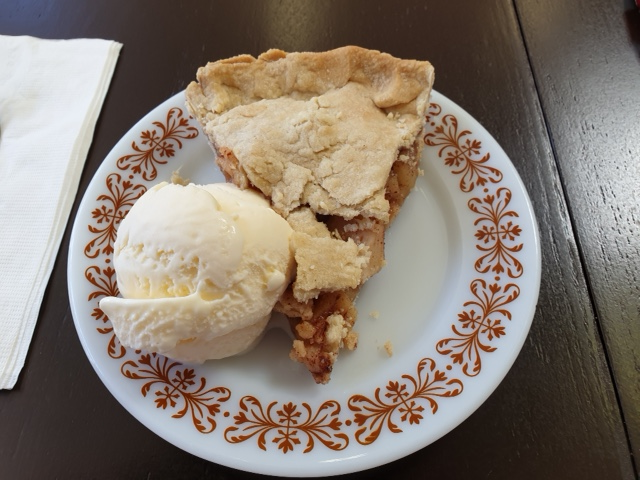