I was up quite early this morning and had a restless night. At about 01:30 I was awoken by someone trying to get into my room and didn’t sleep a great deal after that. It transpired there was something going on upstairs and I guess whoever it was had the wrong room, just glad that I had the deadlock on the door!

We had a basic buffet breakfast at the hotel and I headed out of Solvang shortly after 08:00. Roy had decided to leave a little earlier as he was not looking forward to the one big hill of the day so wanted to get that out of the way. It was quite fresh for the first few miles but it soon warmed up and we were surrounded by the hills of Solvang which we knew we had to cross today. At mile 5.3 we turned onto Hwy

154 that was sign posted to Santa Barbara. Initially there was a good wide shoulder on which to ride but as the miles went by the shoulder narrowed until there was very little on which to ride. I pedalled quite sedately, stopping to take photos and just generally enjoying the morning sunshine and my own company. I like these moments on any ride and use the time as my own ‘thinking, time.

It wasn’t too long before I was at the foot of the big hill of the day and engaging bottom gear, settled into my climbing rhythm. I know for certain that my overall fitness has improved quite dramatically since we left Port Townsend and I no longer live in fear of the hills. I now look upon each as a challenge and providing I can climb at my own pace, I can usually manage to keep a good cadence going right to the top. This hill however dragged but I knew that once I reached mile 22 or so the climbing for the day would be over so that was my goal. Near the top I was passed by big Dave who is a very strong rider and it wasn’t long before I saw the crest in sight and climbed over it, very hot but pleased to have got that behind me. The descent went on for about 8 miles which took us to the town of Hope. I missed the turnoff at the bottom of the descent so was ‘off course’ for a couple of miles but eventually managed to pick it up again without to much of a problem.

The route took us through many urban areas before we eventually arrived at the sea front at Santa Barbara with its palm tree lined boulevards. It was nice to gently amble along the waters edge taking in the views and the nice white sands of this iconic city. Rather than stopping here I decided to cycle on a few more miles and eventually found a little coffee shop where I stopped for a nice cool drink and a cheese and ham croissant. I spent a good 30 mins sat outside just watching the people wander by and enjoying my lunch.

At this point there was about 25 miles left to ride to Ventura and setting off again I decided to take my time and pedal at a very sedate pace. A lot of the ride to Ventura was on dedicated cycle paths and it was nice to be away from the heavy traffic on the nearby 101. The cycle paths took us very close to the beach and around several bays with the high hills to my left and the ocean to my right. I eventually arrived at our hotel in Ventura shortly after 14:00, hot and tired but having very much enjoyed the ride.

I had a quick shower, followed by a walk to the local convenience store for supplies for tomorrow and then into Ventura itself for a Starbucks coffee.  On the way back I came across Steph who had found a nice little restaurant near the sea front so she and I had a very pleasant meal together and chatted about our past cycling trips. Steph recently crewed for a team of riders in the Race Across America (RAM) challenge and it was interesting to learn more into the insight to this event – I think her team completed the event in just over 6 days!

We have just 3 days left to ride before we arrive at the border. I’m looking forward now to finishing the trip, it’s been quite an adventure and one I have wanted to complete for a long time. I am also very much looking forward to meeting up with two of my 2016 Cross Country riders on Thursday evening, Jim and Kevin who are meeting me in San Clemente and we are hoping to ride a few miles together on Friday. It will be great to see them again and it will be a very special end to this trip. 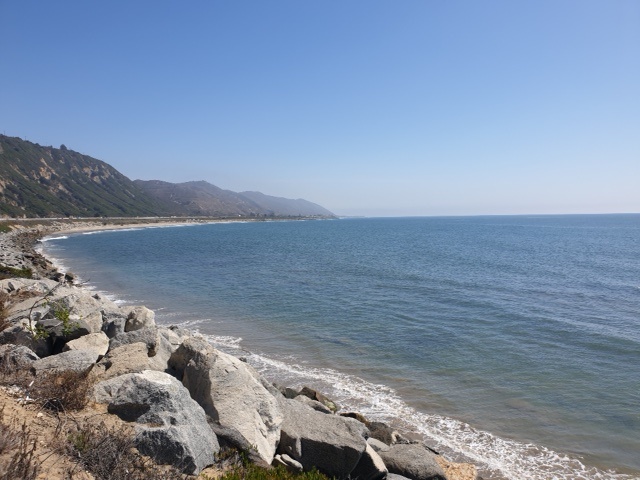 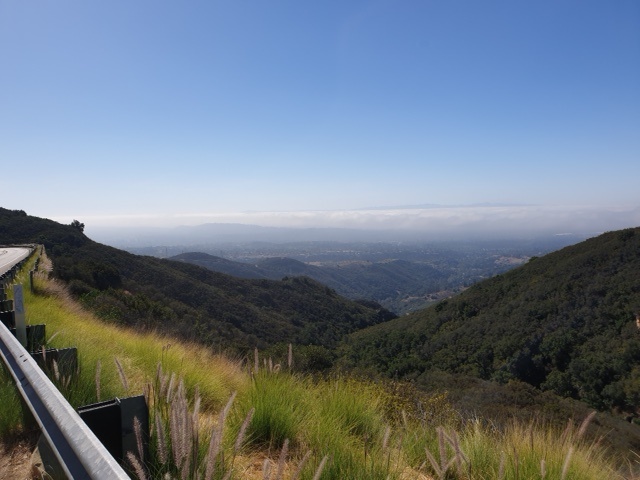 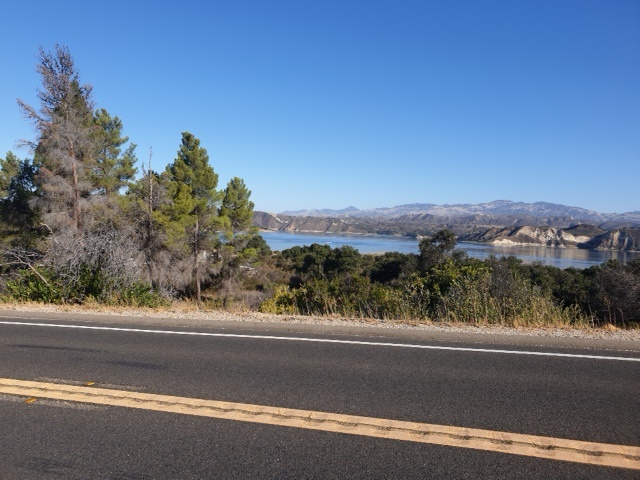