What a great day today was, a long one but nevertheless one of the most enjoyable of tour so far.

Being an 80 mile day a few of us decided that an early start was a good plan so at 07:10, having availed ourselves of breakfast, Nick, Roy and I set off together heading for our first stop at mile 26.5 at Elk.  Having driven this section of the route several times before over the years I knew it would be quite a challenging day.  The ride to Mendocino was relatively flat but after that it started to get a little lumpy, nothing serious but uphill sections that made you work a little harder.  The road also followed the coastline very closely and when there was an inlet the road curved inland before crossing a creek and then returning to the coast. Thus often you were convinced that the road was going straight ahead but it would then make a sharp detour, descend rapidly only to rise again on the other side of the inlet.

We arrived at the small township of Elk shortly after 09:15, having made relatively good time from leaving Fort Bragg. For once we were joined by Eric, a retired Australian farmer who is normally on the road way before the rest of us. Eric is a real character and he has a great sense of humour.  We sat around drinking coffee and eating breakfast type things before heading out once again, our destination this time being Anchor Bay at mile 55.5.  The road followed a similar course as previously described except just after Elk we hit an almost vertical incline which resulted in a lot of photo’s being taken of the inlet!  There were however also long stretches of gently rolling road which were great to ride as they afforded time to gather ones breath in time for the next gruelling inlet curve. They also provided a chance to observe the Pacific coastline which was seldom more than a few hundred metres away and sometimes very close as the road dropped away on numerous occasions to a sheer rock face.

We arrived at Anchor Bay in good time only to find that being Sunday, everything was closed. We decided therefore to ride the additional 4 miles to Gualala in the hope of finding something to eat. Dave, one of the faster riders in our group passed at this point and I desperately tried to stay with him for the short hop to Gualala but he was just too fast for me and left me for dead on a straight bit of road. I did eventually catch up with him as he joined Steve and Jason and the 4 of us rode into town together. We found big Dave sat outside a supermarket and

I grabbed a chocolate milk to get me the final 20 miles or so to our accommodation at Ocean Cove.

Those last 20 miles were something special, gently rolling with shorts ups and downs, the terrain I like to ride. Being in no hurry today I decided to stop on several occasions and either take some photos or just to stand and admire the scenery before my eyes. I don’t know what it is about the sea and the coastline but I could have stood there all day just admiring the view.

I eventually rolled into Ocean Cove at 15:00 after a great day in the saddle.  It had been a good ride but the weather and the scenery had made it one of those special days.  Tonight we ate at the Bar and Grill restaurant that was on site.

Tomorrow we have another long day but we will be riding over the hills and into the wonderful town of Sausalito with hopefully our first glimpse of San Francisco and the Golden Gate Bridge. 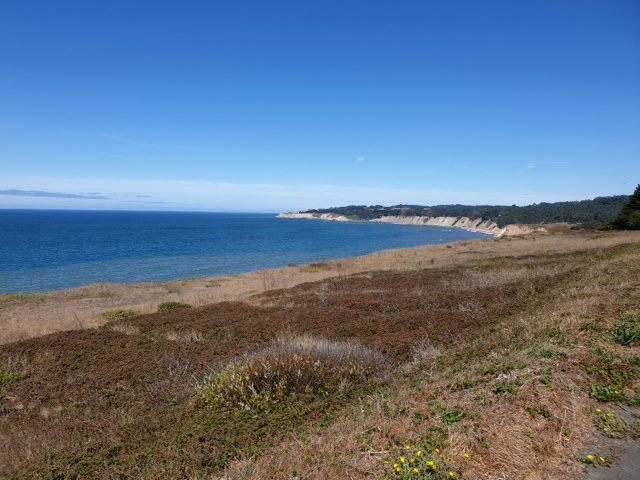 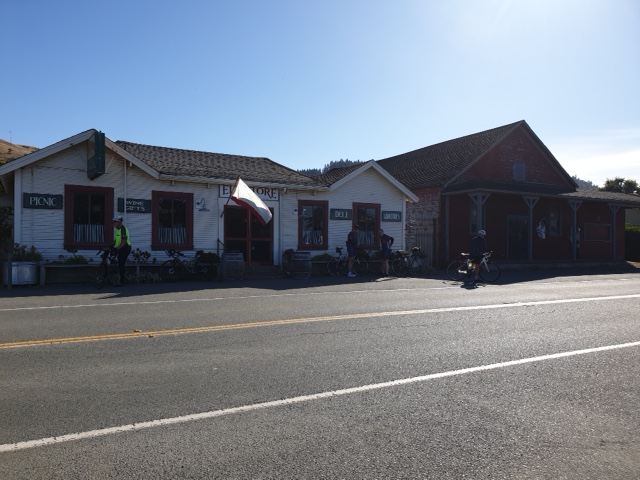