Having driven Highway 1 several times before between San Francisco and Fort Bragg this was one of those days that had me concerned about the distance and climbing involved.  As it turned out it was a brilliant day and one that I enjoyed immensely.

It was about 07:45 when Nick, Roy and I left Ocean Cove on slightly damp roads from the overnight rain that had fallen.  At sea level, the roads were clear but as we climbed the short sharp hills that would become the highlight of much of the morning ride the sea mist/fog became quite thick in places and I was glad of my rear penetrating red light that warned passing motorists of our presence on the road.  The first real climb of the day came after about 10 miles when we climbed over Jenner hill. It was a tough one to start the day but as we ascended we were able to look down on the hilltops poking through the sea mist.  Once again I managed the climb without to much trouble although I did stop a couple of times to take some photos.

The descent into the small town of Jenner was a cold one and I was glad that I had kept my lightweight jacket on for the ride down.  The rode zig zagged down the hillside and it was quite exhilarating although with the roads still damp I did take it quite carefully.

As I rode through Jenner I spotted Roy’s and Nicks bikes parked outside a small cafe but feeling quite strong I decided to push on to mile 27, Bodega Bay for the first stop of the day where I availed myself of fresh coffee and an amazing apple pastry turnover of some sort which set me up for the next 30 miles.  The road at this point levelled out a little and I got a good cadence going and felt really strong.  At mile 37.2 we turned right and headed for what appeared to me a very long and steep hill. Again it wasn’t as bad as it first appeared and we were greeted at the top by Dom where we refilled water bottles and had a well deserved banana. We then headed downhill into the small town of Tomales and then started to cycle along the shorelines of Tomales Bay.  It was a great few miles of flat and gently rolling terrain and it was nice to relax and enjoy the gentle breeze and the warm Californian sunshine.

At mile 58.6 the scheduled lunch stop at Port Reyes Station meant a slight detour from the main route and also involved a downhill section into the town.  With basically no other services between here and Sausalito it was a necessary stop so I found a convenience store and had a turkey sandwich and a Starbucks Frappacino for lunch.  Climbing back out of the town after lunch there was still nearly 30 miles left of the ride and much of that was going to be uphill.

Although it was uphill, it was a long and gentle incline which just had a steeper section near the top. I still felt remarkably strong so pushed on hard and having crested the hill descended into the outskirts of Sausalito.  There were a lot of chopping and changing of roads and halfway up the final incline of the day I came across Dom who advised that the road was closed in the final mile but was passable for bikes if we lifted them over the barriers!  As I crested the final hill of the day I got my first glimpse of San Francisco in the far distance, another milestone of this tour now within touching distance.  It was a great view and a superb way to finish a long, hard but enjoyable day.

Tonight we stayed at a Travelodge beside the busy 101 and ate at an Indian restaurant attached to the accommodation.  I think we all agreed that today had been another one of those ‘special’ days of tour. 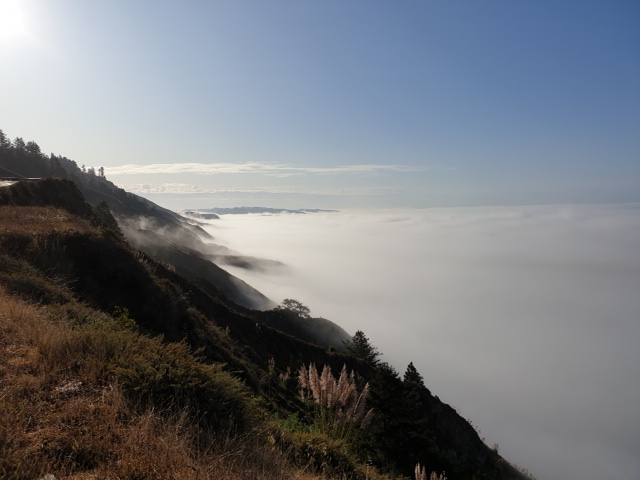 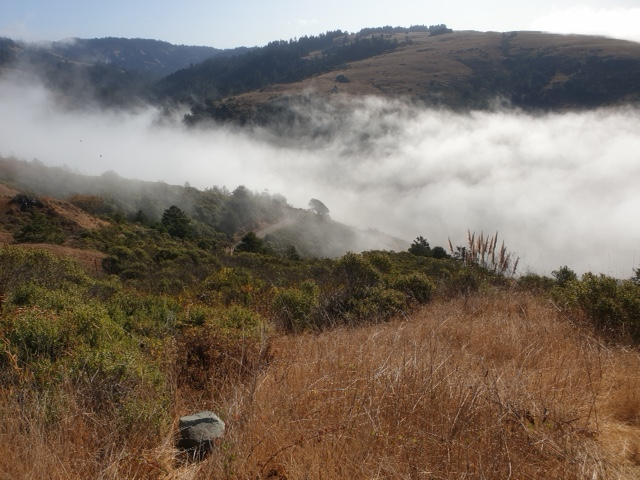 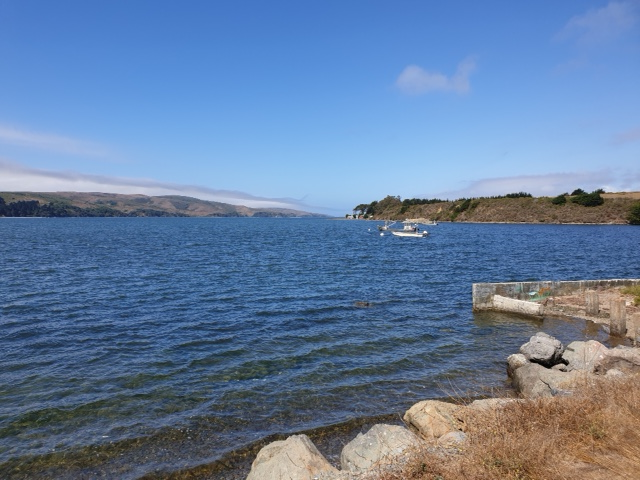 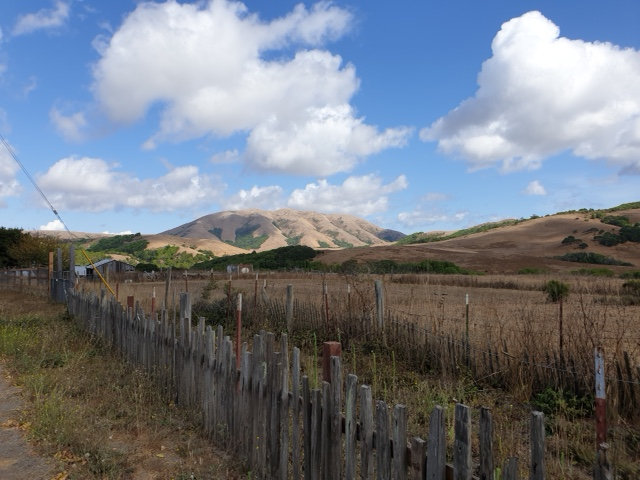 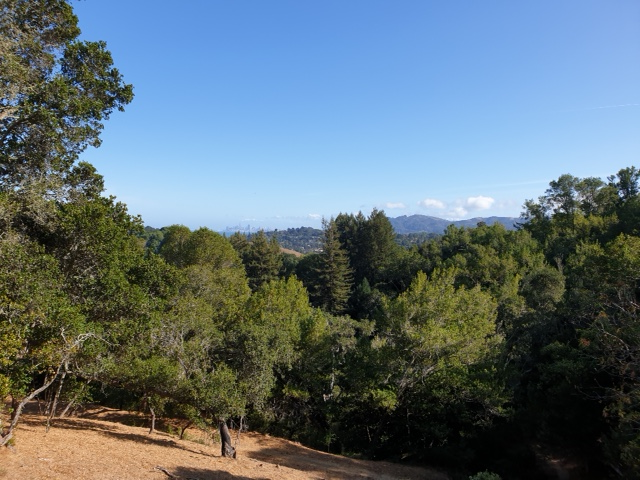